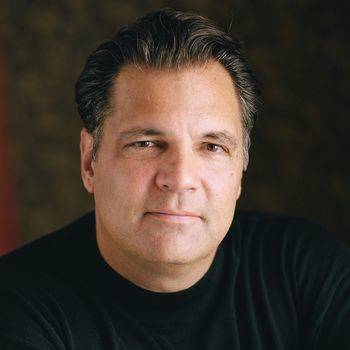 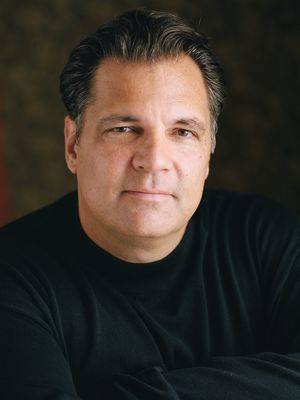 He grew up largely in Europe due to his father's career as an officer in the U. S. Army. After a youth filled with sports, travel, and mischief, he attended college in the U.S. and earned a bachelor's degree in history and theology. For the next decade he lived in Texas where he completed two master's degrees, hosted a popular radio program and began acquiring a reputation as a speaker of both depth and humor.

In 1991, he moved to Nashville, Tennessee, to join the leadership team of one of the nation's top mega-churches. He quickly became the senior leader of that church and continued in this role for eleven years. During that time he earned a doctorate, worked among the Kurds of Kurdistan and advised numerous national leaders.

In these years Stephen also launched the writing career for which he has become internationally known. His first book, on Winston Churchill, was a Gold Medallion Award Finalist. He also wrote widely acclaimed biographies of Booker T. Washington and George Whitefield, as well as a number of other popular books about history and leadership. In 1997, the governor of Tennessee commissioned Mansfield to write the official history of religion in Tennessee for that state's bicentennial.

In 2002, Stephen decided to give himself fully to writing, speaking and training leaders. Not long after, he wrote The Faith of George W. Bush, which landed on the New York Times best-seller list twice and won numerous national awards. The book was a source for many documentaries as well as Oliver Stone's acclaimed film, W, which chronicles Bush's rise to the presidency.

This international bestseller led to a string of influential books over the following decade. Stephen wrote The Faith of the American Soldier after being embedded with U.S. troops in Iraq in 2005. He also wrote about the ascent of Cardinal Joseph Ratzinger to the papacy in Benedict XVI: His Life and Mission. His book The Faith of Barack Obama was another international bestseller and captured broad media attention both in the U.S. and around the world during the presidential race of 2008.

Eager to challenge American corporations to greater social good, Stephen wrote The Search for God and Guinness in 2009, which instantly placed him in demand as a speaker to business leaders. He continued his literary success with books about figures as diverse as Abraham Lincoln and Oprah Winfrey. Publishers Weekly described his book, Killing Jesus, as "masterful."

In 2013, Mansfield's Book of Manly Men--Stephen's humorous but fiery call for men to become "Great Men"--became an inspiration for men's events around the world. In an interview about this phenomenon, Stephen said, "This is more than just a book for me. It is a cause I hope to serve the rest of my life. If I can stir men to character, responsibility and the sheer joy of being men--all while leading them to celebrate the achievements of women and stand guard over the next generation--I will consider it the great privilege of my days on earth."

Mansfield's latest book, The Miracle of the Kurds, is a timely introduction to the Kurdish people that has reached bookstores just as Kurdish troops are standing heroically against the evils of ISIS in the Middle East. The book has been named "Book of the Year" by Rudaw, the leading Kurdish news service.

In recent years, Stephen's popularity as a speaker has come close to matching his reputation as an author. He speaks widely about men, leadership, faith, the power of heritage, and the skills required to shape modern culture. His speeches are rich in history and infused with a rowdy brand of humor. He has spoken at schools like Harvard and the United States Military Academy, for many of America's leading corporations, and at gatherings of executive leaders around the world.

Out of Mansfield's own leadership experience, his vast research and his many years of advising global leaders have come his current commitment to coaching senior executives. He works with leaders and celebrities of every kind to draw out their leadership gifts, extend their communication skills and increase their impact upon the world. His coaching firm, The Mansfield Group, offices three blocks from the White House and works with an international slate of clients.

Mansfield lives in Nashville and Washington DC with his wife Beverly, an award-winning songwriter and producer.