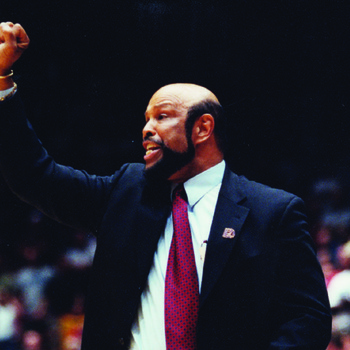 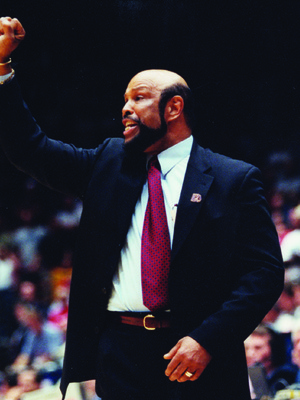 St. John's University head coach Mike Jarvis has been coaching at the collegiate level for 16 years. During that time, he has established a career mark of 320-163. Most recently, Jarvis has been experiencing great success as the popular head coach at St. John's.

Since being appointed head coach in 1998, Jarvis has led the Red-storm to new heights. Pointing the way to 28 wins, Jarvis has led his team to the Elite Eight of the NCAA Tournament in 1999. Before arriving at St. John's, Jarvis was at the helm of GW where he took the Colonials to the Sweet Sixteen in 1993.

During his career, Mike Jarvis has participated in the NCAA Tournament eight times as well as the National Invitational Tournament four times (once with Boston University in 1986 where he is now the all-time winningest coach in school history surpassing Rick Pitino) and the Big East Championship in 2000 (the school's first since 1986). In 1980 and 1988, Jarvis was an assistant coach for the USA at the Olympic Trials and was head coach of the East Squad at the 1993 USA Olympic Festival. Adding to his international experience, Mike Jarvis also served as an assistant and head coach of the US Men's 22-and- under basketball team. Last summer, Jarvis coached the U.S. Senior Select team. This group, consisting of college athletes, played against the Dream Team prior to the Olympics.