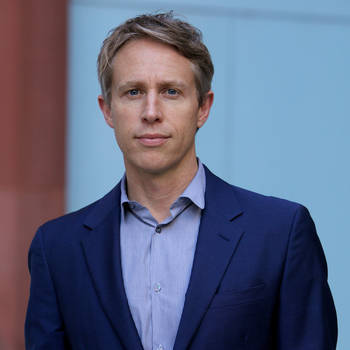 Author of Disrupt: Think the Unthinkable to Spark Transformation in Your Business; Professor of Innovation at NYU Stern School of Business

Are you an innovator? Have you been told to think differently because it’s better to lead change rather than react to it? Is it your job to lead change as if being new and improved is an end in itself? Well, enough of the relentless pursuit of the next big thing. Don’t you think it’s time to disrupt the disrupters?

A few doors down from my office at NYU Stern School of Business sits Nobel Prize winner Paul Romer, the economist who, in the early 1990s, challenged the conventional wisdom about how we think about growth. “To create valuable final products, we mix inexpensive ingredients together according to a recipe,” Romer writes, “...growth springs from better recipes, not just from more cooking.”

For the previous hundred plus years, theories of economic growth were based on the idea that growth could be explained only by increases or decreases in labor, land, or capital, and that resources in the material world were finite. Think of the California Gold Rush. The first nuggets discovered in 1848 led 300,000 gold-seekers to invade the then-sleepy town of San Francisco, and by 1850, most of the gold had been collected. Growth that couldn’t be explained by an increase in labor, land, or capital (that is, new ideas) was seen as an element of chance. Things such as climate, geography, and the government determined the pace of innovation, and it was nearly impossible to do anything about them. Some economies were just more fortunate in these areas than others.

Take, for example, a ballpoint pen. My use of this pen prevents someone else from writing with it at the same time. It’s an exhaustible resource—something tangible that’s subject to decreasing value and diminishing returns. One pen is worth a lot to me right now as I sit alone writing, but what if someone were to offer me a second pen? I might be able to use it if it had different color ink, but it’s not as valuable to me as the first one. If someone else were to offer me a third pen and a fourth, what use are they? There’s not much extra value (when writing alone) in having two pens, let alone three or four.

But now imagine that the ballpoint pen is an idea. You can’t give away your pen and still write with it, right? But you can give away the idea of the pen and still keep the whole thing. No matter how many times you tell somebody how to make or use a ballpoint pen, that idea isn’t diminished or worn out. Instead, the opposite happens—the consumption of the idea is subject to increasing returns. The more ideas you generate, the more you can generate; disseminating useful ideas tends to spark more useful ideas. The more popular the idea, the more valuable it becomes. Innovation is an item of investment—ideas become products and generate wealth. It’s the opposite of a gold rush, whereas more treasure hunters flocked to California in 1849 looking for gold, the faster that gold ran out.

Growth occurs whenever people take ingredients (resources) and rearrange them into recipes (ideas) that make them more valuable. A recipe for a ballpoint pen might look something like this: A writing instrument that features a tip that is automatically refreshed with ink. It consists of a precisely formed metal ball seated in a socket below a reservoir of ink. As the pen is moved along a writing surface, ink is delivered.

Now that one hundred million ballpoint pens are sold every year and seem to be readily available everywhere, we take them for granted. But it took almost 60 years for someone to rearrange the ingredients of a fountain pen so that the tip didn’t need to be constantly dipped in ink. (Of course, there are also recipes for the ink, the assembly of the parts, the packaging, the labeling, and the shipping.)

New Growth Theory helps us understand that an idea is itself an item of investment. Every idea gives an organization another way of thinking about its business, another choice. Think of ideas as currency—a source of innovation capital. The more ideas you have in your portfolio, the more capital you have available to “purchase” other ideas. So instead of grasping at Option A as the single, right direction, innovation capital positions your business to do Option A, B, C, or D—or any combination of those choices—depending on the circumstances.

The greater the uncertainty around those circumstances, the more options you’ll need in the future. Your chance of creating new wealth is directly proportional to the amount of innovation capital you have available. Disruptive thinking and leadership are about putting your business in situations in which you have more new ideas to spend than your competition does.

To book Luke Williams for your next event, visit his profile: https://premierespeakers.com/luke_williams

Williams is the author of Disrupt: Think the Unthinkable to Spark Transformation in Your Business and The Wallet Allocation Rule: Winning the Battle for Share. To order copies in bulk for your event, please visit BulkBooks.com.

Want Luke Williams for your next event?

August 08, 2019
Are you an innovator? Have you been told to think differently because it's ...
Read more

Are you an innovator? Have you been told to think differently because it's better to lead change rather than react to it? Is it your job to lead change as if being new and improved is an end in itself? Well, enough of the relentless pursuit of the next big thing. Don't you think it's time to disrupt the disrupters? I don't take it for gra...
Read More