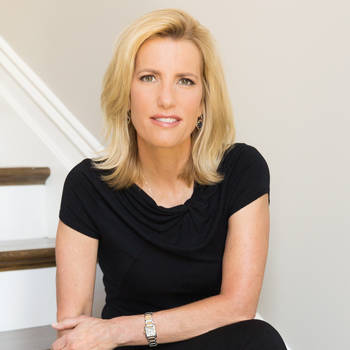 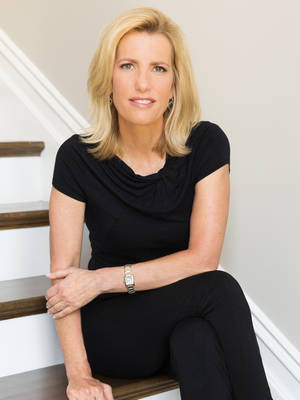 Laura Ingraham is the host of The Ingraham Angle on Fox News. Since its launch in October 2017, her program has dominated cable television ratings in its 10pm time slot. Before that Laura hosted one of the most popular syndicated radio shows in America. In her 17 years on morning radio she covered four presidential elections, and interviewed everyone from Henry Kissinger, Bono, Quincy Jones, and Donald Trump. She hosted the first live national radio shows in Iraq during the war in 2006, witnessing the human toll of multiple dangerous deployments on our brave military. Laura is also the author of five books spanning 20 years--Including the Hillary Trap, Shut Up & Sing, The Obama Diaries and her most recent Billionaire at the Barricade. Before embarking on her media career, Laura was a criminal defense attorney with a focus on white-collar litigation, and served as a law clerk for the US Court of Appeals for the Second Circuit and the Supreme Court of the United States. She often credits her mother's tireless work ethic and her family's blue collar background as driving factors in success. And as a mother of three internationally adopted children, Laura is a passionate advocate for expanding adoption opportunities for American families. She resides in the Washington, DC area with her family.