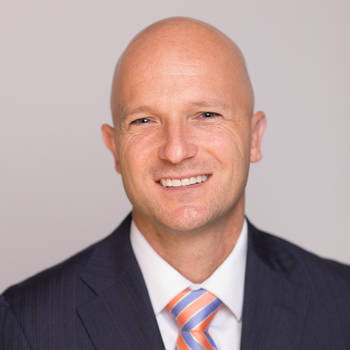 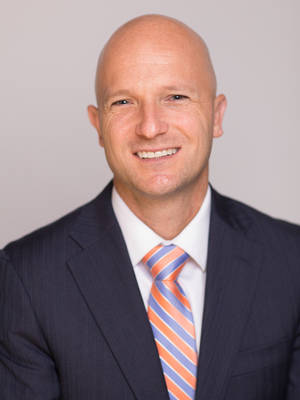 Eric is an Associate Partner with the International Center for Leadership in Education (ICLE). Prior to this, he was the award-winning Principal at New Milford High School. Under his leadership, his school became a globally recognized model for innovative practices. Eric oversaw the successful implementation of several sustainable change initiatives that radically transformed the learning culture at his school while increasing achievement.

His work focuses on leading and learning in the digital age as a model for moving schools and districts forward. This has led to the formation of the Pillars of Digital Leadership, a framework for all educators to initiate sustainable change to transform school cultures. As a result, Eric has emerged as an innovative leader, best selling author, and sought after speaker. His main focus is using research and evidence-based practices to empower learners and educators, improve communications with stakeholders, enhance public relations, create a positive brand presence, discover opportunities, transform learning spaces, and help educators grow professionally in the digital age.

Communicating and Connecting With Social Media: Essentials for Principals

What Principals Need to Know About Teaching and Learning Science

He has also contributed on education for the Huffington Post, sits on the advisory board for many innovative companies, and was named to the NSBA "20 to Watch" list in 2010 for technology leadership. TIME Magazine also identified Eric as having one of the 140 Best Twitter Feeds in 2014. He now presents and speaks nationally to assist other school leaders and educators to transform teaching, learning, and leadership.. His blog, A Principal's Reflections, was selected as Best School Administrator Blog in 2013 and 2011 by Edublogs. It was also recognized with an Editor's Choice Content Award in 2014 by Smartbrief Education. Eric began his career in education as a Science Teacher at Watchung Hills Regional High School where he taught a variety of subjects (Biology, Chemistry, Marine Biology, Ecology) and coached several sports (ice hockey, football, lacrosse). He then transitioned into the field of educational administration as an Athletic Director/Supervisor of Physical Education & Health and Vice Principal in the New Milford School District. During his administrative career, he has served as District Affirmative Action Officer and was the president of the New Milford Administrator's Association. During his tenure as high school principal he successfully implemented numerous initiatives including a new teacher evaluation system (McREL), Bring Your Own Device (BYOD), oversaw Common Core implementation, and initiated a new grading philosophy. Eric received his M.Ed. in Educational Administration from East Stroudsburg University, B.S. in Biology from Salisbury University, and his B.S. in Marine/Environmental Science from the University of Maryland Eastern Shore.