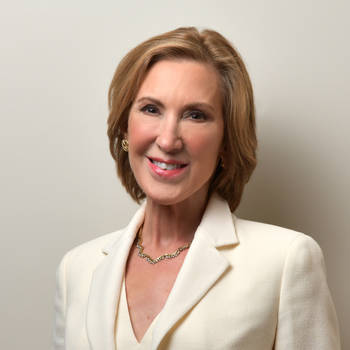 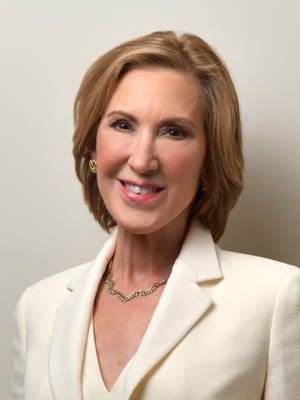 The esteemed career of business luminary and leadership expert Carly Fiorina has had two constants: leadership and problem-solving. From helming Hewlett Packard (HP), to her 2016 run to lead the country, to heading several philanthropic organizations tackling global poverty and female empowerment, she's channeled what is an innate ability to help others reach their highest leadership potential.

Notably, Carly has been a business leader in turbulent times, leading HP to become the 11th largest company in the U.S. when the industry was facing the worst technology recession in 25 years, and during SARS and post-9/11. In this capacity, she exhibited the quintessential traits of a leader: making the difficult decisions necessary to preserve and protect in the short-term, while simultaneously initiating bold moves to create strength and future opportunity upon a return to stabilization.

In 2015, Carly launched a campaign for President. Running as a political outsider, she spoke about empowering and engaging citizens to take back government from a political ruling class that has failed to deliver results. During her run, many more Americans came to know her as a clear-eyed, direct leader capable of actually solving problems.

Today, Carly is a passionate, articulate advocate for problem-solving, innovation, and effective leadership. She is founder and Chairman of Carly Fiorina Enterprises, which counsels companies to create an equitable workplace culture, build high-performance teams, and teach the fundamentals of leadership, and of Unlocking Potential Foundation, a non-profit organization that invests in human potential by supporting local leaders who are solving problems in their communities and places of work.

In addition to her regular speeches to students, businesses and non-profits, Carly is also a best-selling author. Her titles include Tough Choices and Rising to the Challenge. Her third book, Find Your Way, was published in spring 2019 and documents the path to unleashing one's own power and highest potential based on Carly's own personal and profession.