What does my headscarf mean to you? - Author of "Yassmin’s Story" 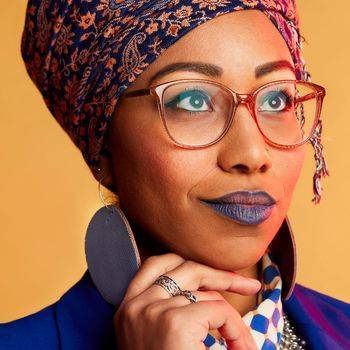 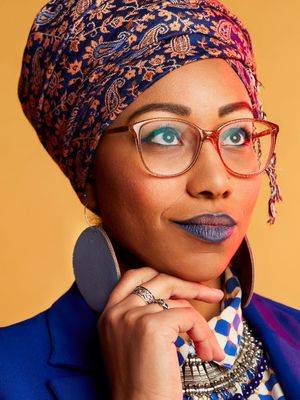 Debut author at 24 with the coming-of-age-memoir, Yassmin's Story, the 2015 Queensland Young Australian of the Year advocates for the empowerment of youth, women and those from racially, culturally and linguistically diverse backgrounds. Yassmin is passionate about making 'diversity' the norm.

HISTORY | Born in Sudan, Yassmin Abdel-Magied and her family arrived in Australia just before she turned two and since then has devoted her energy and to making the world a more equal place through a combination of technical and social skill. At age 16, she founded Youth Without Borders, an organisation that empowers young people to realise their full potential through collaborative, community based programs.
GOVERNANCE & ADVISORY | She is a sought-after advisor for federal governments and international bodies, having sat on the Australian Multicultural Council, the Board of the Queensland Museum and the Design Council. She was Head of Media on the organising committee of the 2014 Youth G20 Summit and currently sits on the Boards of ChildFund, The Council for Australian-Arab Relations (CAAR) and the domestic violence prevention organisation, OurWatch. She is the Gender Ambassador for the Inter-American Development Bank and has represented Australia through multiple diplomatic programs across the globe.

COMMENTARY | Yassmin has written extensively, her writing appearing in The New York Times, The Guardian, The Sydney Morning Herald, AFR, The Griffith Review, Huffington Post and others.

MEDIA | Yassmin is also a TV presenter, having hosted ABC's weekly show, Australia Wide. She is a regular on Q&A, The Drum, The Project, and internationally on the BBC. On radio, Yassmin is a regular on Triple J's Hack, Radio National, and moonlights as a casual broadcaster on ABC Local. She is the host of the motorsport podcast Motor Mouth, and is the host for the groundbreaking documentary The Truth About Racism, due for release in March 2017. Yassmin's TED talk, What does my headscarf mean to you, has over 1.5 million views.

AWARDS | Yassmin's advocacy work has been recognised with many awards. She was named one of Australia's most influential engineers by Engineers Australia, and been recognised for her work in diversity by the United Kingdom's Institute of Mechanical Engineers. Yassmin was the youngest woman named in Australia's 100 Women of Influence by the Australian Financial Review in 2012, was the Young Muslim of the Year in 2007 and Muslim Youth of the Year in 2015.

On her time off, Yassmin travels to F1 races as an internationally accredited journalist and is the motorsport correspondent for The Saturday Paper.