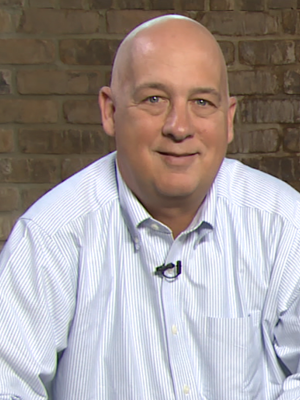 In the mid-1990s, Scott was a pioneer in the field of automated polling and led the transition away from operator-assisted polling. More than 20 years ago, he released the first-ever daily presidential tracking poll.

Since those long-ago days, the era of phone polling has come to an end. Today, the political, polling, and media world continues to change, and Scott continues to innovate.

Moving into the digital era, Scott has developed new approaches to conduct reliable polls via text, email, apps and other platforms. However, getting a good sample that reflects the population at large is just the first step. Asking the right questions and properly interpreting the results is just as important.

So, in addition to innovating polling techniques for the digital era, Scott has developed a Counterpolling technique for asking the right questions. This is a more formalized version of his proven ability to ask questions in the language of everyday Americans. His approach surfaces the gaps--often huge--between the political elite and the nation they are supposed to serve.

Counterpolling begins with a systematic review of existing public polling data. The RMG Research team then considers the issues from a different perspective (there's always a different perspective). Our results--compared to the similarities and the differences with other data--provide a new data-driven foundation for analysis that is an antidote to inside-the-Beltway groupthink.

Such innovation has been a hallmark of Scott's career. In 1978, the then-new technology of satellite communications dramatically reduced the cost of sending a broadcast signal around the nation. Building upon that opportunity, Scott and his father, Bill, founded ESPN, the cable sports network.

In the 1990s the birth of the Internet provided the unique opportunity to capitalize on another ground-breaking technology. Scott launched his first website in 1994 and became the first pollster to offer data directly to the public rather than filtered through a network reporter. It was also at that time that Scott saw the potential for the concept of automated polling and ultimately revolutionized the polling industry. That led the Washington Post to call Scott "a driving force in American politics." The Wall Street Journal described him as a "key player in the contact sport of politics."

Today, Scott provides political and business leaders with insights from Counterpolling through a Gold Circle Membership program. Gold Circle Members gain a richer understanding of the public mood through access to Scott's data and analysis along with customized briefings. Looking forward, Scott and the growing team at RMG Research will continue to innovative, explore, and report the underlying currents of public opinion with data-driven analysis.