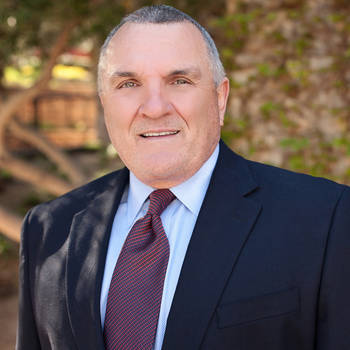 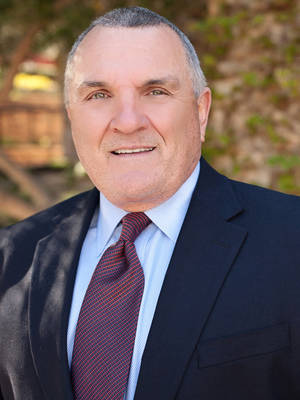 The epic story of Daniel "Rudy" Ruettiger will forever be known as one of the greatest moments in sports history. The on-field moment lasted for twenty-seven seconds, but his legacy is complete as one of the most famous graduates of the historic University of Notre Dame.

The son of an oil refinery worker and third of fourteen children, Rudy Ruettiger chose resiliency and strength over discouragement and despair. Armed with a fierce determination, Rudy was able to achieve a lifelong dream - to attend Notre Dame University and play football for the Fighting Irish. As fans cheered RU-DY, RU-DY, RU-DY, he sacked the quarterback in the twenty-seven seconds of the only play of his college football career! The stadium was electrified, and he was carried off the field on the shoulders of his teammates.

In 1993, TRISTAR Productions immortalized his life story with the blockbuster film, RUDY. Written and produced by Angelo Pizzo and David Anspaugh, the award-winning team who brought us HOOSIERS, the critically acclaimed RUDY received "Two Thumbs Up" from Siskel and Ebert. It is commonly known as one of the all-time great sport films.

Today, he is consistently one of the most popular motivational speakers entertaining corporate audiences around the world with a unique, passionate and heartfelt style of communicating. He reaches school children, university students, and professional athletes with the same enthusiasm, embodying the human spirit that comes from his personal experiences of adversity and triumph. Rudy frequently shares the speaking platform with great leaders and speakers including President George Bush, First Lady Barbara Bush, Peter Lowe, Joe Montana, General Colin Powell, Christopher Reeve, and Zig Ziglar. From introduction to conclusion, he receives thunderous applause and ovations from emotional audiences as they chant RU-DY, RU-DY, RU-DY.

Rudy is the founder of the Rudy Foundation, an organization tasked with the goal of assisting children of all ages to maximum their full potential. The Rudy Foundation develops and supports programs that cognitively, emotionally, physically and spiritually impacts the lives of children. The Foundation's award program, The Rudy Award Program, recognizes children who make an outstanding effort to reach their personal best in everyday situations. It emphasizes character, courage, contribution and commitment.

Rudy Ruettiger has privileged to receive the following honors:
-Honorary Doctorate Degree from Our Lady of Holy Cross College
-The key to numerous cities across the nation along with special proclamations for his inspiration, commitment, and human spirit.
-Honorary assist to the Attorney General of Louisiana
-Distinguished American Award
-Recognition from George W. Bush
-Recognition from the House of Representatives in the state of Texas
-Recognition at the White House
-A Proclamation from the Governor of Nevada granting an Official Rudy Award Day
-Inducted into the Speakers Hall of Fame