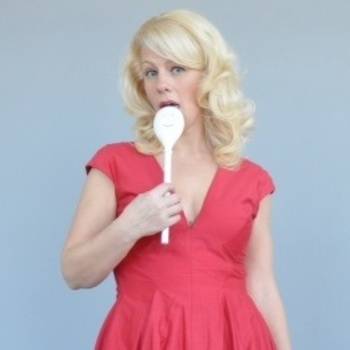 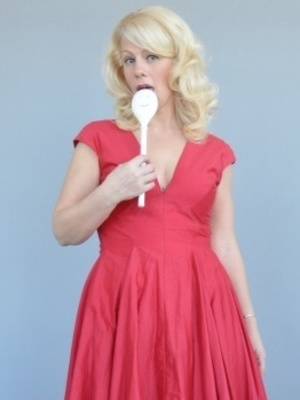 Paulette Martin Goto was born August 22, 1972 in Sunnyvale, California. When she was 2 years old her mother packed her up along with her younger sister and older brother, drove to Salt Lake City, Utah and never looked back. No, they are not Mormons. Paulette's mother, single and raising three children on welfare, often left them to fend for themselves. On one of those mornings, Paulette discovered her love of cooking. When she discovered there was no bread to make French toast, she baked it herself. She was eight. A crazy, no-holds barred love affair with cooking set in. By middle school she was making lollipops and selling them out of her locker. Suddenly she was an entrepreneur.
At 16, Paulette went to live with family friends who fueled her cooking and baking obsession even further. She learned how to bake and decorate cakes and eventually became the go-to girl in high school for cakes. She even made a cake modeled on a cell for a biology assignment. It was during these years that realized how something so humble as a cake made people inordinately happy. And Paulette is down for making people inordinately happy.

After graduating from high school, she packed her bags, including the Kitchen Aid mixer she received as a high school graduation gift, and headed to the east coast to work as a nanny. The cake making didn't stop, however.
In fact, it snowballed. She made a cake for anyone that stepped in her frosted path. Among them were a couple of nannies from South Africa, who persuaded her to give their country a try. So she did. She landed a waitressing job in a trendy suburban Johannesburg restaurant. It wasn't long before she found her way to the kitchen, where she made "treats"--chocolate peanut butter bars, chocolate chip cookies, peach pie, raspberry/almond cake and Sacher torte-- for her co-workers to rave reviews. The owners liked them so much they put every one on the menu. To nudge their beloved puddings aside was the highest compliment a South African could give a girl.

After an exhilarating year, Paulette returned to New York City and enrolled in the pastry arts program at the school of her dreams, French Culinary Institute. While there she won the Andre Soltner award of excellence, graduated at the top of her class and upon graduation was offered a job at world famous Le Cirque. While working along side Jacques Torres, Paulette accomplished more then just honing her pastry skills... it was there where she met and fell in love with her husband, the pastry sous chef of Le Cirque, Ken Goto. They were married at Le Cirque in 2002 and have enjoyed marital bliss ever since. True story.

Paulette loved Le Cirque but had her heart set on making cakes. So she landed an internship with goddess of cake decorating, Colette Peters. A dream come true. Colette generously taught Paulette the ropes, which allowed her to develop her own style of cake decorating. Working with Colette by day and presiding over the stock room at Gap at night to earn a paycheck, Paulette was in heaven.

In 2001, Paulette left Colette to help her then boyfriend, Goto, open up Jacques Torres Chocolates. She did everything from construction, bookkeeping, and retail sales to making the chocolates themselves. Once the company could afford to hire outside employees, she turned her talents to helping open a bakery in the West Village (the now defunct Polka Dot Bakery) where she oversaw specialty cakes. Several were published in Brides magazine. Another dream come true.