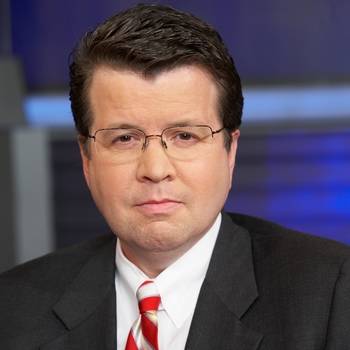 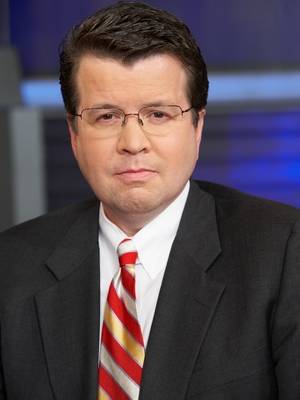 As senior vice president, anchor and managing editor, Neil Cavuto oversees all business news content for both Fox News Channel and Fox Business Network. He not only anchors programs on both networks, but has handled breaking news specials on everything from financial to natural disasters.

His Your World market-closing broadcast on FNC is the most watched financial news program in America, and has been for the past 15 years. At its hour, Your World beats CNBC, CNN, and MSNBC combined. His weekend wrap-up Cavuto on Business, is the second highest rated. Cavuto also oversees Bulls & Bears, Forbes on Fox, and Cashin' In. Collectively they complete the top five financial programs on television.

And on Fox Business Network, his market day, two-hour "Cavuto Coast to Coast" routinely beats its business competition. What's more, his coverage of the first Trump-Clinton debate in September of this year, shattered all network ratings records, handily beating CNBC, even though that network was and is available in 30 percent more homes. Cavuto also has moderated presidential debates for Fox News Channel and Fox Business - the only anchor to do so for both a news channel and a business channel.

Prior to coming to Fox News for the launch of the network back in August 1996, Cavuto anchored and hosted more than three hours of live programming daily for CNBC, including the network's highest-rated show, Market Wrap. He also served as a contributor to NBC's Today Show and NBC News at Sunrise. Before that, Cavuto was the New York Bureau Chief for PBS Television's Nightly Business Report and a Washington Bureau Chief for Investment Age Magazine.

Cavuto has covered some of the most important business and political stories of our time, including the 9-11 attacks, the 2008 financial meltdown, the 1987 stock market crash, and both Persian Gulf Wars. He has reported first-hand on the economic policies of every American president since Jimmy Carter, and covered every major corporate scandal, from Enron to Tyco. In fact, Cavuto's live prison interview with former Tyco Chief Executive Dennis Kozlowski was a business television first.

Yet with all his financial experience, when Cavuto decided to write his first book, he chose not to write about business at all, but about heroes who had overcome enormous hardship. Inspired by his own battle with cancer, and his ongoing fight with Multiple Sclerosis, that book, More Than Money: True Stories of People Who Learned Life's Ultimate Lesson stunned the publishing world in 2004 and became a New York Times bestseller, as did his second book of reflections, Your Money or Your Life less than two years later.

A former White House intern during the Carter administration, Cavuto graduated from Saint Bonaventure University and received his master's degree from The American University. He and his wife Mary have three children, Tara, Jeremy and Bradley.