Considered one of the greatest linebackers in NFL history 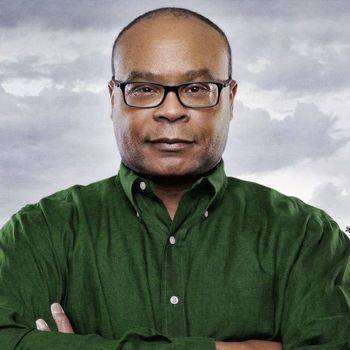 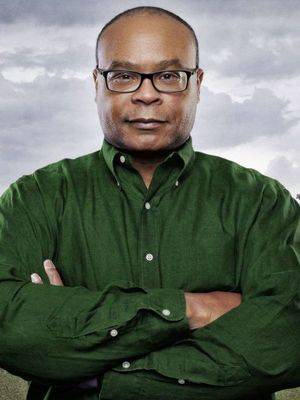 Mike Singletary is perhaps most recognized as one of the Chicago Bears' toughest middle linebackers with the ferocious eyes peering across the line into the opposing quarterback's face. He was a member of the famed '85 Super Bowl team and made 10 trips to the Pro Bowl in his 12 years as a player. He also led the NFL as Defensive Player of the Year three times, and was the Bears' team captain for ten years.

Since retiring from football in 1993, he spent ten years as a motivational speaker and corporate consultant helping companies elevate their strategies for teamwork and overall success. However in 2003, after swearing off many previous requests to coach, he answered the call and became the Linebackers coach of the Baltimore Ravens. He followed that up with a move to San Francisco, ultimately being named Head Coach for two years, and then spent three years with the Minnesota Vikings.
For the 2014 NFL season, he was named Defensive Consultant to the Executive Vice President of Football Operations, with the intention of learning the inner workings of the NFL at the corporate level in order to gain a better understanding of the product on the field. In 2016, he was back on the sidelines with the Los Angeles Rams until their staff was released at the end of the season.

Singletary was inducted into the Pro Football Hall of Fame in 1998 after a stellar career with the Chicago Bears from 1981-92. He boasted 1,488 career tackles (885 solo), finishing as the Bears' first or second leading tackler each of his last 11 seasons. Singletary was named to the NFL Team of the '80's after being selected to play in a team-record 10 consecutive Pro Bowls. The former Bears defensive captain was also named All-Pro ten times (1983-1992). He also started a defensive team record 172 games for the Bears, trailing only running back Walter Payton's 184 career starts for the all-time team lead.

In 2001, as a player, Singletary won the NFL's "Man of the Year Award" based on his reputation for integrity and leadership within his profession and contributions benefiting his community, country and fellow man. He also co-founded Leadership Zone, a company that provides leadership training.

Singletary was drafted in the second round of the 1981 NFL Draft out of Baylor University. In addition to his coaching duties, Singletary has authored three books: Singletary One on One, Calling the Shots and Daddy's Home at Last. Singletary and his wife, Kim, have seven children and nine grandchildren.

Since his coaching career came to an end, Mike has partnered with National Child ID, an organization that seeks to provide the parents of all school-age children with their kids' identifying information, in an effort to help circumvent tragic outcomes. He is also active on the speaker circuit, sharing his proven strategies for leaders' maximizing their organizational potential. Most currently, he is committed to raising the quality of life for the underserved and under-privileged communities of several large cities, with an emphasis on education, health care, and food insecurities.