First female combat pilot in US history / US Senator 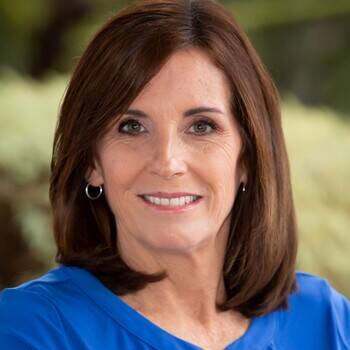 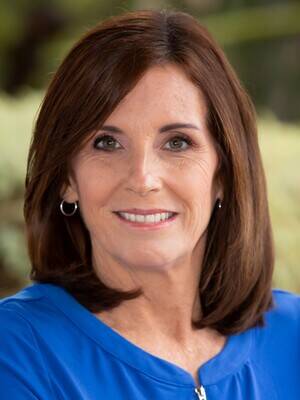 Colonel Martha E. McSally is a barrier-breaking, combat-proven, results-driven leader who makes a lasting difference wherever she serves. With deep experience in strategic planning and execution of complex operations, risk and crisis management, policy development, and communications, she is known for making things happen and solving difficult problems with integrity and grit. Her unique expertise spans a 26-year military career as a fighter pilot and officer, a professor of national security studies, and six years in the U.S. House and Senate. McSally is a widely respected voice on national, international, and homeland security issues. She held high-level clearances for decades and worked with multiple international partners on global and regional operations. In Congress, McSally was recognized as a thoughtful, highly effective, and bipartisan workhorse on defense, healthcare, energy, tax reform, immigration, cybersecurity, and veterans' issues.

As a U.S. Senator, McSally sought common ground across the aisle to solve problems, tying for the most bills signed into law. Her committee assignments--Armed Services; Banking, Housing and Urban Affairs; Energy and Natural Resources (Chair of the Water and Power Subcommittee); Indian Affairs; and Aging--deepened her expertise on major issues facing our country and private sector. Her leadership was vital to swiftly delivering economic relief to businesses and families during COVID-19, passing the historic USMCA trade agreement, and incentivizing the return of key manufacturing from China. She courageously shared her story as a sexual assault survivor and led legislative efforts to combat sexual assault and harassment in the military. In the House, McSally served on Armed Services and Homeland Security Committees, chaired the Border and Maritime Security Subcommittee, and was ranked the ninth most effective Member of Congress. Elected Vice-Chair of the Problem Solvers Caucus, she spearheaded multiple bipartisan initiatives and was a vital leader on tax and healthcare policy reforms to spur economic growth, job-creation, competition, de-regulation, and opportunity.

The first woman in U.S. history to fly a fighter jet in combat and command a fighter squadron in combat, McSally deployed six times to the Middle East and Afghanistan and earned the Bronze Star and six Air Medals. As a commander, she oversaw $500m in assets and $40m in annual resources. McSally was deployed to Saudi Arabia on 9/11 and became a key leader in planning and executing initial air operations in Afghanistan. As a Colonel, she was hand-picked to stand up U.S. Africa Command, then led oversight of all African continent operations, including counter- terrorism and disaster relief.

McSally holds a Masters in Public Policy from Harvard University's JFK School of Government, a Masters in Strategic Studies from the Air War College where she graduated #1 in her class out of 261 senior military officers, and is a distinguished graduate from the U.S. Air Force Academy. She is the author of Dare to Fly--Simple Lessons in Never Giving Up, which inspires any reader to overcome fear and adversity to achieve amazing feats. McSally lives in Tucson, AZ where she enjoys hiking with her rescue Golden Retriever Boomer, running, and paragliding.