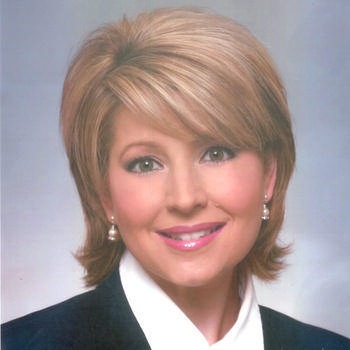 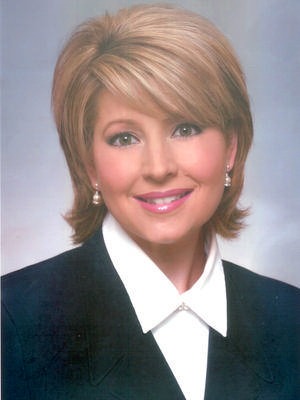 Leslie Mouton is the noon and 6pm anchor at KSAT-12 news, the ABC affiliate in San Antonio, Texas. She has been a broadcast journalist for 18 years. In that time Leslie has covered many stories - but perhaps the most important story is her own.

In October of 2000, at the young age of 35, she discovered a lump in her left breast. It turned out to be a very aggressive form of breast cancer. Leslie Mouton allowed cameras to follow her through every part of her battle and she shared it with viewers. From surgery and chemo to hair loss and radiation, all of it on camera, all of it made public.

To bring awareness to the disease and to offer encouragement and support to other women going through it, Leslie Mouton decided, one night, to anchor a newscast without her wig on.

That gained national attention. She was a guest on Good Morning America, Weekend Today, and Oprah. Inside Edition and Primetime featured stories about her battle and newspapers across the world wrote about it. Leslie Mouton's personal fight became a public platform to educate all women about the importance of self-exams and early detection.

Leslie contributed her story to the book "The Breast Cancer Book of Strength and Courage". Each chapter is written by a survivor - her chapter is number one "Bless me Lord and my bald head too!" Proceeds go to education and research for breast cancer. PBS did a documentary on the book and Leslie's family was a featured part of the story.

Leslie Mouton has received numerous awards including - the Congressional Action for Cancer Awareness Award, Macy's Heart and Soul Award, Headliner award, Women in Communication Media Award, American Cancer Society Media Award and she was voted on of the 10 Most Outstanding Young Texans by the Jaycees.

Leslie Mouton is married to retired Air Force pilot Major Tony Mattox and they have one daughter Nicole Danielle Mattox.