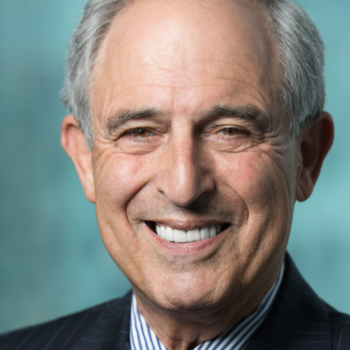 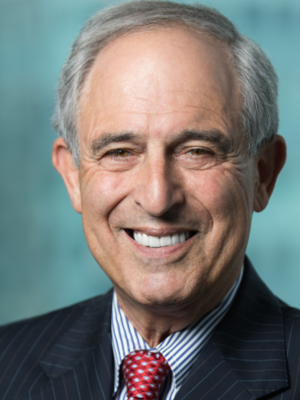 Lanny Davis is cofounder and partner of the law firm of Davis Goldberg & Galper PLLC, and cofounder and partner of the public relations firm Trident DMG. Lanny J. Davis is a lawyer, crisis manager, consultant, author, and television commentator providing strategic counsel to clients under scrutiny on crisis management and legal issues by combining legal, media and political strategies. He develops and manages communications programs around litigation and crises to protect brand reputations. He is often called to serve as on camera spokesperson on behalf of an individual or corporation.

Lanny represents individuals, countries, and companies in high stakes global crises, litigation, government investigations and crisis management. He has conceived, created and led media strategies for clients that have included CEOs, sports celebrities, political leaders, world leaders, and both U.S. and international companies. He has handled the cases of public figures from Martha Stewart to Dan Snyder, companies from Whole Foods to Starbucks, and political figures from President Bill Clinton to Representative Charlie Rangel.

Although a Democrat, Lanny has friends on both sides of the aisle. During the Clinton administration, Lanny served as special counsel to President Bill Clinton and was a spokesperson for the president and the White House on matters concerning campaign finance investigations and other legal issues. In 2005 President George W. Bush appointed Lanny to serve on the five-member Privacy and Civil Liberties Oversight Board, created by the U.S. Congress as part of the 2005 Intelligence Reform Act. In that capacity, he received the highest level security clearances so that he could be fully briefed and "read in" to the various anti-terrorist surveillance and financial tracking programs at the highest classified level.

For 25 years prior to 1996, before his tenure as special counsel to President Clinton, Lanny was a commercial, antitrust, government contracts and False Claims Act litigator (both in defense as well as plaintiff). He has argued numerous appellate cases in the U.S. courts of appeals. He has experience in securities fraud and SEC investigations as well, and has found that utilizing such an integrated legal/media/lobbying approach can lead to quicker and less expensive settlements or even successfully litigated outcomes. Senior officials of public companies have also hired Lanny and his crisis group to defend themselves successfully against "short and distort" attacks and other market manipulations.

Lanny has participated in national, state and local politics for almost 30 years. He has served three terms (1980 to 1992) on the Democratic National Committee representing the state of Maryland, and during that period he served on the DNC Executive Committee and as chairman of the Eastern Region Caucus. In Montgomery County, Maryland, he served as chairman of the Washington Suburban Transit Commission.

Lanny has authored several books and lectured throughout the U.S. and Europe on various political issues: "Scandal: How "Gotcha" Politics Is Destroying America," and "Truth To Tell: Tell It Early, Tell It All, Tell It Yourself: Notes from My White House Education." His latest book, "Crisis Tales - Five Rules for Handling Scandal in Business, Politics and Life," was published by Simon & Schuster in 2013.

Lanny graduated from Yale Law School, where he won the prestigious Thurman Arnold Moot Court prize and served on the Yale Law Journal. A graduate of Yale University, he served as chairman of the Yale Daily News. Lanny is admitted to practice in the District of Columbia and Connecticut and before the Supreme Court of the United States and the U.S. Court of Appeals for the District of Columbia Circuit.

He has been a regular television commentator and has been a political and legal analyst for MSNBC, CNN, CNBC and network TV news programs and has published numerous op-ed/ analysis pieces in the New York Times, the Wall Street Journal, the Washington Post and other national publications. He has a "Purple Nation" column that appears regularly in The Hill, The Huffington Post, FoxNews.com, The Daily Caller, and Newsmax.