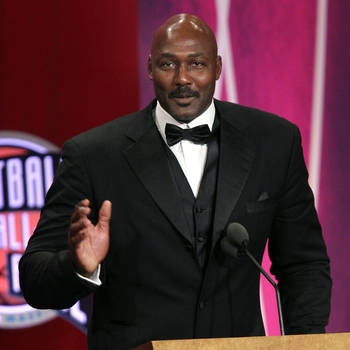 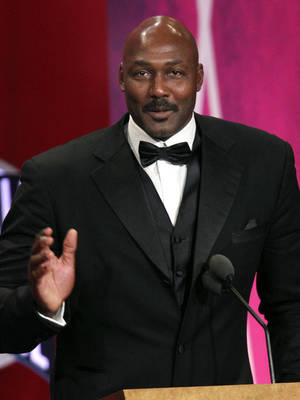 From modest beginnings, as a rural Louisiana farm boy, raised by a single mother in a family of nine children, Karl Malone rose to become one of the greatest NBA players of all time and the best power forward ever.

He's officially recognized as one of the "25 Greatest Players in NBA History." Twice named the NBA's most valuable player, along with 2 Gold Medals for USA Basketball, Karl finished his playing career as the only player in history to score 2,000 points or more in ten consecutive seasons. He's the second highest leading scorer behind Kareem Abdul-Jabbar.

Aptly nicknamed "The Mailman" by his teammates for delivering on the court, peers and opponents alike are quick to comment on his dedication to the game and his team. In August 2010 Karl was twice enshrined in the Basketball Hall of Fame as a solo player and as a member of the 1992 USA Basketball Gold Medal "Dream Team".

For those who think Karl "The Mailman" Malone is done delivering after his illustrious career in the NBA think again. Today Karl Malone continues to deliver as a successful entrepreneur with vast empire of multimillion dollar business interests in the automotive industry, timber, real estate and restaurants. Forbes estimates his net worth at more than $100 million. He's a committed husband and family man supporting his children's own sports careers with a super star daughter who won two WNBA championships and a son playing NCAA Division One Football for LSU. Another daughter is an aspiring supermodel and track star.

His conditioning and exercise regimen was famous throughout the NBA and today he still maintains a vigorous exercise regimen that would shame athletes half his age. He remains in the best shape of his life. It's not uncommon for Karl to do 500 to 1,000 sit-ups per day!

Karl continues to devote attention to humanitarian organizations throughout the country, something both he and his wife Kay are committed to. They've contributed financial aid, dedicated time and donated resources to assist and support families, students and children in need. He's a major supporter of our military making trips to visit our troops around the world and in war zones throughout the middle-east. Heart health is a passion passion point for Karl having lost his Mom and Grandad to heart disease.

Malone gives from the heart and is not afraid of hard labor either. This was witnessed in 2005 when he led a convoy of trucks and equipment to help victims clean up the damage left in the wake of Hurricane Katrina. His team worked around the clock to help families in need rebuild their lives.

Today Karl is able to spend more quality time with his family. His wife Kay, his children Kadee, Kylee, Karl Jr., Karlee, older kids Cheryl and Daryl Ford, and Demetress Bell, and his three beautiful grandchildren. These are his all time, full time, lifetime team mates.