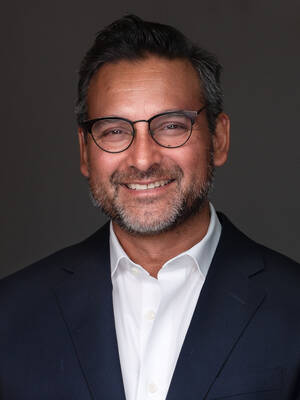 Kaihan Krippendorff has made a commitment to helping organizations and individuals thrive in today's era of fast-paced disruptive technological change.

He began his career with McKinsey & Company before founding the growth strategy and innovation consulting firm Outthinker. His growth strategies and innovations have generated over $2.5B in revenue for many of the world's most recognizable companies including BNY Mellon, Citibank, L'Oreal, Microsoft, and Viacom. He is a best-selling author of five books, most recently the Edison Award nominated, Driving Innovation From Within: A Guide for Internal Entrepreneurs.

Kaihan founded the Outthinker Strategy Network, an exclusive network of Chief Strategy Officers from large organizations with over $1B in revenue. A trusted advisor to these Fortune 500 Strategy Executives, Kaihan is known for facilitating powerful conversations that create strategic clarity and yield actionable and impactful ideas for this diverse cross-industry group.

Amidst his dizzying schedule of keynote speeches, consulting projects, ongoing research and writing, Kaihan still finds time to host the Outthinkers Podcast and teach at business schools throughout the US and internationally (including NYU, FIU, and Wharton Executive Education). A regular contributor to Fast Company and other major business media outlets, Kaihan is an advisory board member for high growth startups in the spaces of IoT-human-machine collaboration, blockchain-powered transportation, international food processing/exporting, and sustainability focuse products and lifestyle B-Corporations.

He holds degrees from the University of Pennsylvania School of Engineering, Wharton, Columbia, and London Business Schools and a doctorate in strategy. With a mother from Bangladesh and a father from Germany, Kaihan brings a holistic, diverse, and global perspective to everything he does. His work has brought him to 58 countries all over the world. He speaks three languages and has lived or spent significant periods of time in Asia, Africa, Latin America, Europe, and the Pacific. He lives in Greenwich, Conn., with his wife and three children.