The inspiration behind the feature-length film: "Unconditional" 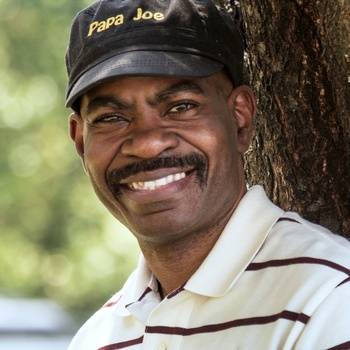 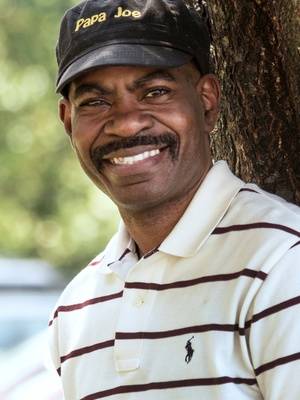 Born in a small country town west of Nashville, Joe Bradford grew up in great poverty along with his grandmother, mother and sister. He rarely heard from his father. As the years passed, Joe's life became increasingly turbulent - experiencing the entrapment of poverty, nearly dying from snakebite, facing time in prison for computer hacking and fighting a deadly kidney disease, but it was from these very struggles that he grew a heart for the poor and oppressed.

During his fight with kidney disease, Joe and his wife Denise experienced financial challenges and were forced to move into one of Nashville's project communities. One morning, they found their neighbor, a little deaf girl, staring through the window of their front door. Denise gave her candy and the girl left, only to return with her brothers and sisters. Denise gave them all candy as well. In a week's time about fifty children came to Joe and Denise's door. But it wasn't just candy that the children wanted; they needed help in many important ways. With whatever Joe and Denise could obtain, they began to help these children with basic necessities, as well as with school work and emotional needs.

With a background in musical performance and orchestration, Joe and Denise began directing a choir of inner-city children - children like those in their own neighborhood. It was at one of these choir rehearsals that they came to understand their life's purpose. While the other children were eating the donated pre-rehearsal meal, a young girl with a swollen eye approached Joe. She had been hit by her angry, drug-addicted mother and was frightened and in pain. Joe comforted her and prayed for her, and then the little girl's sister saw this and came up to Joe and said, "Will you be my daddy?" Before he could answer, another little girl walked up and asked the same question, "Will you be my daddy?" This continued as child after child surrounded Joe asking sincerely, "Will you be my daddy?" Joe was deeply moved and embraced them all. That day he became "Papa Joe," and he and Denise dedicated their lives to help children in need.

In 2005, Papa Joe and Denise founded Elijah's Heart, a non-profit organization, whose mission is to show love and bring aid to underprivileged children and their families. Today, they are actively uniting with others throughout the country to raise awareness about desperate situations in our own nation and to inspire a great movement of love in action.

Papa Joe's life is the inspiration behind the feature-length film, Unconditional (national release date: September 21, 2012.) Also serving as a co-producer, Joe was involved in the intricate process of adapting his life story for the big screen. Currently, he is traveling around the nation as an ambassador for the film and its purpose of love.

Joe has also recently released an autobiography, A Walk of Love, which takes readers on his personal journey toward finding his true purpose in life. Vividly describing the overwhelming challenges Joe has faced throughout his life, the book inspires the reader to recognize that there can be great purpose in the difficult seasons and that a warrior can be made, not from violence, but from love. A Walk of Love is already impacting lives, and its reach is rapidly expanding across the country.

Along with his role as director of Elijah's Heart, co-producer of Unconditional and author, Papa Joe is an inspired teacher and loves the Word of God. Reflecting the passion and wisdom of the Lord, Papa Joe is an inspirational speaker, gifted to motivate others to fulfill their unique God-given callings. Being led by the heart and love of the Father, Papa Joe seeks to inspire people to realize and passionately grasp hold of their giftings and purpose so they too can begin to take bold steps down their very own walk of love.