Basketball Coach and Educator, Inspirational Story, Author of "A Coach and a Miracle" 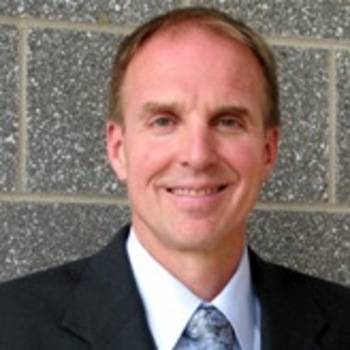 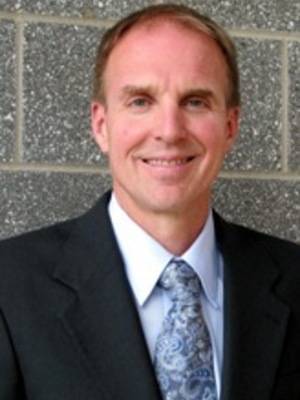 Based on what transpired in a few short moments in early 2006, Coach Jim Johnson is now an authority on the subject of realizing your dreams. In his many public-speaking appearances, the Rochester, New York resident relates his role in a basketball game that got Hollywood calling. He also emphasizes the importance of teamwork and sportsmanship, delivering his talks with a heartfelt style that has brought audiences to their feet.

Coach Johnson has developed winning high-school basketball teams for 28 years, taking over three losing varsity programs and turning them into winners in short periods of time. Of his 383 career victories, one in particular will surely never be duplicated.

On Feb. 15, 2006, Coach Johnson made the kindhearted gesture of inserting his autistic manager, Jason McElwain, now known to the world as J-Mac into Greece Athena High School's final home game, which the Trojans won 79-43. J-Mac scored 20 points in just over four minutes, including six three-point baskets, to become an instant national celebrity. Coach Johnson, also, was featured in major news outlets around the country.

To make the Hollywood ending complete, Greece Athena captured the first Section V title of Coach Johnson's career a few weeks later. A second sectional crown followed in 2007, and Coach Johnson then coached the Trojans to their third straight league title in 2008 by posting a perfect 12-0 record in league play, netting Coach of the Year honors. His success continued in 2009 with a league co-championship (34-2 league record over a three-season stretch) and third sectional title in four years, with an overall record of 20-5, his first-ever trip to the state quarterfinals and more Coach of the Year accolades. In 2012-2013 season, his Trojans won the sectional title for the fourth time in eight years. In the recently concluded 2013-2014 season, his Trojans won the sectional title for the fifth time in nine years finishing the season with a 21-2 record.

Coach Johnson has made a number of radio and television appearances, including the Oprah Winfrey and Jim Rome shows. In 2006 he met President George W. Bush, Governor George Pataki, and Senator Hillary Clinton, to name just a few luminaries. The Athena team was also paid a visit at school by NBA legend Earvin "Magic" Johnson. J-Mac's magic moment won the ESPY for "Best Sports Moment" at the ESPN awards show later that year.

Magic was once again in the air this past season as Coach Johnson's Greece Athena team rallied from 20 points down with a little more than a quarter to play to win its state-qualifier game. Perhaps not so coincidentally, J-Mac was on the bench for that monumental victory: he returned to the Trojans as a volunteer JV assistant coach, starting in 2008-2009. In 2012 Jason moved from JV to Varsity and helped the Trojans win two consecutive Section V Championships in 2013 and 2014. He and Coach Johnson were also featured in a lengthy CBS Sports feature that aired during the 2009 Final Four.

Coach Johnson has rolled his accomplishments and experiences into a presentation, "Dreams Really Do Come True," which he gives to various business and civic organizations around the country. His one-hour talk also emphasizes "The Essence of Teamwork" and "The Ultimate Level of Sportsmanship." For instance, he likes to point out that J-Mac's big night was made possible by unselfish teammates who kept passing him the ball even though they hadn't been instructed to do so. He also notes how the game video captures Athena bench players going as wild as the crowd with every J-Mac basket.

Coach Johnson, who is a graduate of both SUNY-Cortland and SUNY-Brockport, lives in Greece with his wife of 31 years, Pat, and their son Tyler, 23. He is a physical-education teacher at Athena and has served 18 seasons as the Trojans' varsity coach.