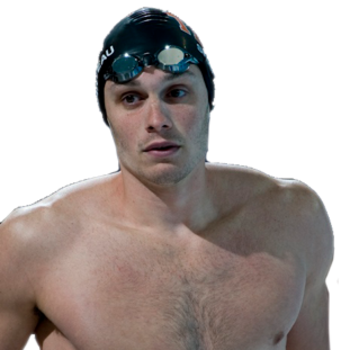 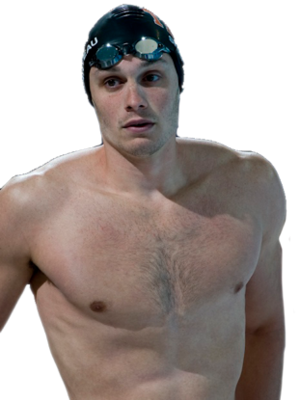 A role model to audiences young and old, Olympic swimmer Eric Shanteau has shown the world that no matter the setbacks, there is always the choice to move forward and accomplish your dreams. He captured the hearts of audiences world-wide as he overcame his father's death and his own battle with testicular cancer to later go on to achieve Olympic success in the pool.

In 2008, despite his recent diagnosis with testicular cancer, Eric decided to continue in the pursuit of his life-long dream to compete in the Olympic Games. He consulted several doctors, and after a series of medical tests, Eric was cleared to swim at the Olympic Trials one week prior. He traveled to Omaha under the assumption that even if he made the team, he may never see Beijing. In a bittersweet victory, Shanteau qualified for the 2008 U.S. Olympic Team in the 200m breaststroke. After another torturous round of testing and weighing his options, he chose to continue on with his dream and bravely competed in the 2008 Olympic Games.

Through it all, the one thing that was not difficult for Eric was his decision to go public with his illness. The tremendous amount of support he received from his friends, family, fans and other cancer survivors gave him the courage he needed to fight both for his health and for his Olympic dream. He also learned how rewarding sharing your own struggles and motivating others in similar situations can be.

Eric is now three years cancer-free and is an avid spokesperson for cancer awareness. As an Olympic athlete, cancer survivor, role model, and spokesperson for testicular cancer, as well as Lance Armstrong's Livestrong cancer advocacy group, he has fought hard to beat the odds, increase awareness and encourage others. Eric remains an inspiration to audiences nationally and internationally.

Eric recently competed in the 2012 London Olympic Games, receiving a gold medal in the 4X100 meter medley relay. Throughout the Games, Eric tweeted how lucky he was to be in London. With this tweet: "Four years ago I left Beijing to fight cancer, now I am leaving London to celebrate this: [Picture of Gold medal]," he received the "Favorite Tweet of the 2012 Olympic Games" honor from NBC Sports