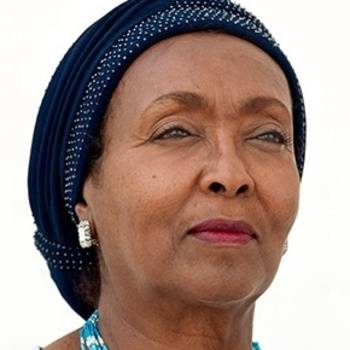 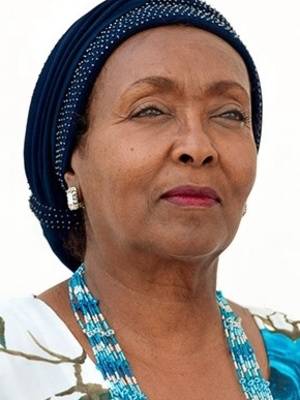 Edna Adan Ismail is one of the most influential women in Africa today. She is a talismanic figure whose life and work are an inspiration to people all around the world. Her long career in public service, which has seen her making lasting contributions in the fields of health, peace building and foreign affairs, has been marked by an exceptional devotion to advancing the cause of women.

From her time as a trainee nurse in London in the 1950s to her present running of the pioneering Edna Adan Hospital, Edna has never ceased to be a tireless campaigner and champion of women's rights and health. Born in Hargeisa in the then British Protectorate of Somaliland, Edna trained as a nurse and midwife in London 1954-1961 before moving to Libya in 1965 to share her skills as a midwife trainer for the World Health Organization (WHO). She returned to the Horn of Africa in 1967 when her husband, Mohamed Haji Ibrahim Egal, became Prime Minister of the Somali Republic (he had previously been the first President of an independent Somaliland).

Despite the tragic setback of the civilian government being overthrown by a military coup led by General Mohamed Siyad Barre in October 1969, Edna Adan persevered with her work and in 1976, became the first woman director of the Somali Ministry of Health, a post she held for two years. In 1986, as Somalia descended into civil war, she re-joined the WHO as regional nursing/midwifery advisor, serving as a technical officer from 1987-91, and then as WHO representative in the Republic of Djibouti from 1991-97. As the first person to publicly speak out against FGM in a region where the practice remains widespread, Edna has been a fearless and tireless campaigner for more than 40 years, leading the campaign in the Horn of Africa and internationally, and training legions of midwives to follow in her footsteps.

Faced with a healthcare system that had been demolished by the long civil war, upon retirement in 1997, Edna founded the Edna Adan Hospital with the aim of improving women's health in a region with one of the highest maternal mortality rates in the world. Established as a maternity teaching hospital with a goal of training 1,000 midwives, over the past 15 years it has grown into a major referral institution for obstetrical, surgical, medical and pediatric cases from a wide geographical area in the Horn of Africa. With the opening of the Edna Adan University in 2010, the level of training has been raised and the programs multiplied. Today, over 1,000 students are enrolled on courses in nursing, midwifery, medicine, pharmacology, laboratory technology, anesthesia, dental technology and public health. As the community midwife training has taken root, the program has expanded to regional hospitals in Berbera, Gabiley and Erigavo.

In parallel to the founding of the hospital, in 2002 Edna embarked upon a career in politics and served as minister of social affairs and family welfare in Somaliland and as a stellar foreign minister from 2003-06. Her time in government is remembered fondly and she became a much-loved figure in the land of her birth. As the only female minister in the government at the time she used her position to raise the concerns and amplify the voice of women.

Edna's story chimes with the aspirations of women everywhere. It is no surprise that it has struck a chord with so many, her story being included in the PBS documentary Half the Sky: Turning Oppression into Opportunity for Women Worldwide in 2012, and her work being regularly featured and celebrated by prominent journalists such as Nicholas Kristof. Among her numerous awards, Edna Adan is an officer of the French Legion d'honneur (2012), and a Commandeur Dans l'Ordre National du 27 Juin, Djibouti (1997). Most recently she was named the inaugural recipient of the Renfield Foundation Award for Global Women's Health by the University of Pennsylvania and was short-listed for the European Parliament's Sakharov Prize for Freedom of Thought. She also holds honorary doctorates from Clark University, the Universities of Cardiff and Pennsylvania, and the Chancellor's Gold Medal from the University of Pretoria.