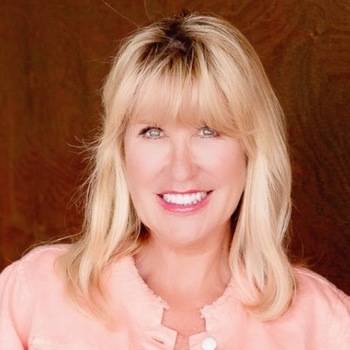 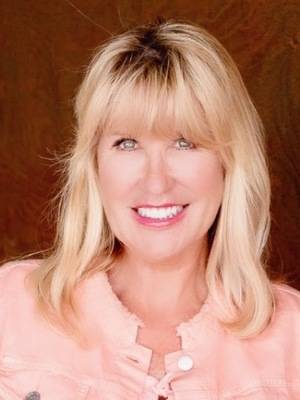 Growing up in a small town, like her fellow Oklahoman, Will Rogers, Diana Jordan never met a person she couldn't find some good in or humor. Diana has toured the country many times over as an extremely successful Speaker, stand-up comedian, and author. She is also a cancer survivor and speaks about her journey to many cancer organizations and events nationwide.

After having entertained over a million people live and on television, Diana came to realize that in making people laugh she was helping them deal with stress, motivating them, and teaching them what a great tool a burst of laughter is!

Diana started her career back in Oklahoma as a young country western singer. She toured all around the country finally ending up where she wanted to: Las Vegas! After only three weeks of pounding on agents' doors and begging them to let her sing along with pre-recorded music on her little cassette recorder she got hired by a big hotel as the lead singer in a house band! Caesars Palace no less! Believing in herself was never a problem but getting others to was not so easy. Here is where she honed her skills of speaking in front of others, being funny, and believing in herself. And, yes, there was always a truck and a train involved. Diana loves the authenticity of country music and even adds impromptu songs in her Presentations. Leaving Vegas she went to California where she expanded her talents into acting, speaking, and stand-up comedy.

Unfortunately, Diana had to put into application all that she knew and had learned when she was diagnosed in 2010 with breast cancer. "My sense of humor helped me deal with my situation and recovery. Laughter is absolutely the magic bullet! I am now 14 years cancer-free!"

Comedy also helped Diana deal with & heal the wounds of an unsettling childhood of being bullied for having (undiagnosed) A.D.D. and dyslexia. Her humor and involvement in sports such as gymnastics, ballet, and track helped give her the confidence to persevere. Oh, and her mom!
She is a survivor in every sense of the word!

Diana has also been featured on Oprah for her talents as a comedian and writer. Her hilarious, best-selling book called, A Wife's Little Instruction Book, Your Survival Guide to Marriage Without Bloodshed! has sold over 500,000 copies in five languages. She has also been nominated by The American Comedy Awards as, "One of the top five female comedians in the country!" where she was personally introduced by Joan Rivers. She has appeared in many comedy specials, including, Showtime's Women of the Night, Evening at the Improv, Comedy Central, Entertainment Tonight, CBS News, The Match-Game, Netflix, and many more.

A world traveler, Diana has lived in Greece, Hawaii, Chicago, Atlanta, Las Vegas, and even 'starved' while working as a waitress in New York to get a job on Broadway. She never gives up!
For the last 15 years Diana has become America's funniest motivational Speaker and overlapped that with continuing two decades as one of the country's top female comedy Headliners. Diana also works with STAND UP TO CANCER and loves mentoring young female comedians, businesswomen and up and coming speakers.

When Diana first arrived from Oklahoma, she studied improvisation comedy in Los Angeles at "Off the Wall!" classes with fellow classmate/date mate Robin Williams. She has been under contract to CBS Network and Twentieth Century Fox Studios for her self-written autobiographical sitcom. On screen, Diana co-starred in"Loretta's Surprise," which was featured at the Sundance Film Festival, 'Blood Pageant' a comedy/horror movie with Snoop Dog which was released summer of 2021, and was handpicked by director Cameron Crowe to be in the Oscar-nominated movie "Jerry Maguire" with Tom Cruise. You'll see her sitting next to Cruise during the now-famous "You complete me" and "You had me at hello" scenes! Cruise says, "Diana is funny and smart, she had me at "ha! ha!" Diana is a member of SAG, AFTRA, BMI, The National Speakers Association, and The Writers Guild of America.