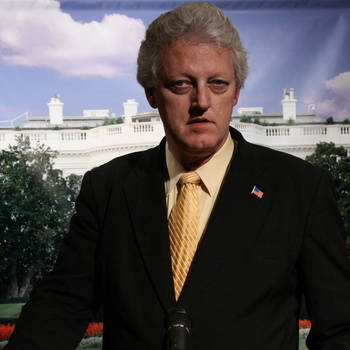 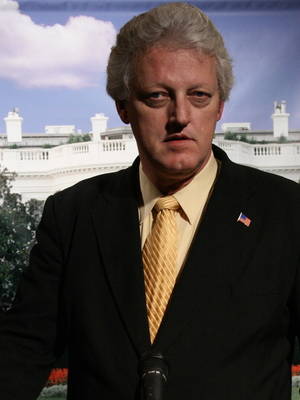 Each of us is born with a face. What we do with it is up to us.

After resisting the prodding of friends, neighbors, and total strangers for more than a dozen years to portray President Bill Clinton, a chance airport encounter with another nationally renowned presidential impersonator finally convinced Dale Leigh to make that leap of faith.

These days, Dale steals the show with the squinting deliberation, Arkansan drawl, and sharp-witted swagger of the 42nd President of the United States. His accent is pitch-perfect. His humor is bi-partisan. And his material is family-friendly.

Leigh's presidential presence is so instantly believable that one of his very first roles was a Bill Clinton cameo in the 2008 romantic box-office hit, "Definitely, Maybe" starring Ryan Reynolds, Kevin Kline, and Abigail Breslin.

Dale currently appears at corporate and political events serving as emcee, performing parody songs (yes, he plays sax!), delivering comedic keynotes, and posing for countless photos with enthusiastic attendees. When he steps out of character, Dale shares his own story of moving beyond doubt and fear to confidence and joy.

When Leigh isn't running the Free World, he runs Power Solutions Group, an automotive management consultancy using his extensive experience in sales, marketing, software, and management to serve clients all over America. The Chicago native and his wife of more than three decades, Mary, still live in the shadow of the Windy City, where they raised their two sons.

No matter your political prerogative, Dale Leigh is the perfect Presidential Impersonator to "Fit the Bill" for your next event!