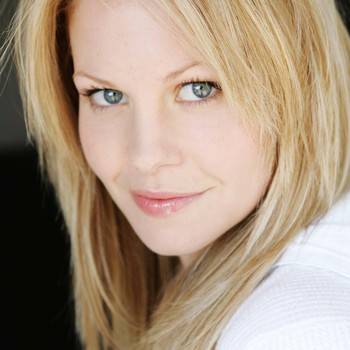 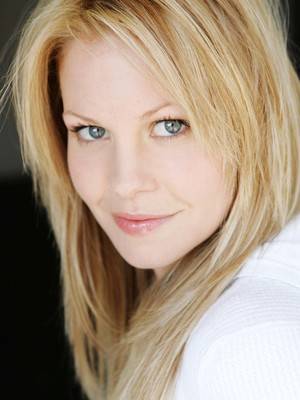 Actress, producer, New York Times' bestselling author and inspirational speaker, Candace Cameron Bure is both outspoken and passionate about her family and faith. Known to millions worldwide from her role as "D.J. Tanner" on the iconic family sitcom "Full House," Candace continues to flourish in the entertainment industry as role model to women of all ages.

With an acting career that started at the age of five, Candace appeared in several national television commercials and prime-time hits such as "St. Elsewhere," "Growing Pains" and "Who's the Boss". Candace also earned a string of lead roles in television movies including the critically acclaimed portrayal of an abused teenager in "No One Would Tell" and a college date-rape victim in "She Cried No."

Her feature film credits stand up to the light of her television success with appearances in such films as "Punchline" with Tom Hanks and Sally Field and John Hughes' pop culture hit "Some Kind of Wonderful." After Candace married NHL star Val Bure, she put her career on ice for a while in order to stay home and raise a full house of her own. She has been happily married since 1996 and is the proud mother of Natasha, Lev and Maks.

After taking a ten-year hiatus, Candace has reemerged onto the Hollywood scene appearing in Disney's "That's So Raven," as well as fulfilled the duties as guest host on top rated daytime hit shows "The View" and "The Talk."

Candace starred in the made for television Hallmark Original Movie, "Moonlight & Mistletoe" which rated as the #3 all time most viewed original release for the Hallmark Network. She most notably and currently has finished a three year run as her character "Summer Van Horn" on ABC Family Network's "Make It Or Break It".

In 2011, Candace became a part of Walmart and P&G's Family Movie Night starring in TV movie "Truth Be Told," co-starring David James Elliot and hit a home run for GMC in Emmy nominated "The Heart Of Christmas." Candace also added NY Times bestselling author to her many titles with her book "Reshaping It All: Motivation for Physical and Spiritual Fitness" that inspires women to embrace a healthier lifestyle by moving faith to the forefront of their relationship with food.

Candace recently launched an online magazine for women www.roomag.com that focuses on motherhood, relationships, homemaking, fitness, fashion and everything in between. You can watch Candace in her most recent Hallmark Original Movie, "Puppy Love," part of Hallmark Channel's Pet Project which serves to save the lives of millions of shelter pets.
Her philanthropic spirit has given support to Compassion International, Skip1.org as well as several other charitable organizations. Candace serves as the National Ambassador for National House of Hope and all the while continues to travel the country speaking at women's conferences and churches sharing her Christian faith.