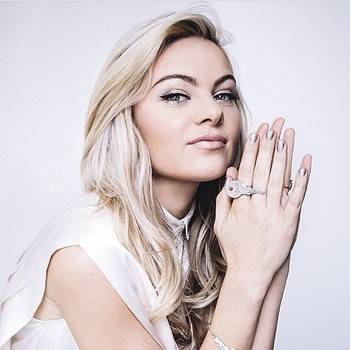 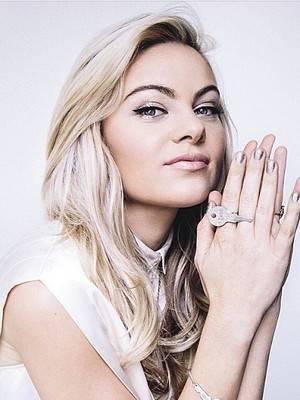 Actress, singer, songwriter and entrepreneur Caitlin Crosby knows a thing or two about inspiring others. She began writing songs with Kenny "Babyface" Edmonds in high school and subsequently signed to his label, Arista Records. Growing up in Hollywood and working in the entertainment industry inspired Caitlin to launch the campaign LoveYourFlawz with Oscar Winner Brie Larson to support women dealing with body image issues. Caitlin released her first album "Flawz" in 2009 through Blackledge/Atlantic Records.

While on tour, Caitlin started The Giving Keys, a jewelry company that gives jobs to those affected by homelessness. Each product carries an inspiring message like FEARLESS, HOPE, BELIEVE or COURAGE. When the wearer encounters someone else who needs the message - they are encouraged to embrace their word, then Pay It Forward by giving their product to a person who needs the message more. Then they are invited to share their giving story on the company website, www.thegivingkeys.com.

Since it's conception in 2009, The Giving Keys has provided job opportunities to more than 70 people who have been affected by homelessness, helping many move into permanent housing, and collected thousands of giving stories. Today, there are more than 70 employees and their products are sold at Nordstrom, Ron Robinson, ASOS, 4,500 Starbucks locations nationwide, and over 1,200 other retail stores around the world.

Caitlin's story and mission behind The Giving Keys has been featured on ABC World News with Diane Sawyer, The Today Show, People Magazine, The Huffington Post, Cosmopolitan, Elle, Harper's Bazaar, Teen Vogue, E! News, The Steve Harvey Show, Ellen, CNN, Upworthy and countless other media outlets. In 2010, Caitlin was chosen as a spokesperson for Oprah's top 10 favorite charities at her "Live Your Best Life" events. Since then, her speaking circuit has expanded to include at TEDx, Stanford University, Saddleback Business Summit with Arianna Huffington, Catalyst, and many other conferences. Most recently, Caitlin was featured in Kenneth Cole's Spring 2016 Courageous Class, honoring individuals who overcome life's challenges to become the inspiring role models they were meant to be. She was also the recipient of last year's Nelson Mandela Changemakers Award, Creative + Cultivate 10 Women Changing the World in Philanthropy and was selected as one of Oprah's 2016 Super Soul 100 honorees along the likes of Sophia Bush, India Arie and other influential powerhouses.