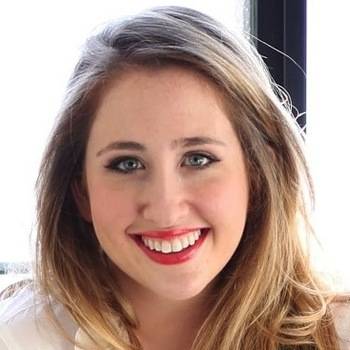 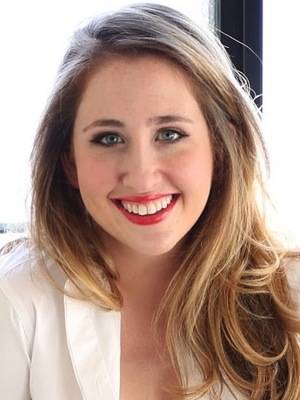 Comedian and health advocate Caitlin Brodnick has a lot to say. Mostly about breast cancer prevention -- always with a punchline.
Caitlin is sharing her experience, hope, and humor with audiences all around the world. (Try to stop her.)

At 25, Caitlin Brodnick tested positive for the genetic mutation BRCA and had a life changing decision to make. Would she continue to live in fear, or make a radical decision most people might not understand? By 28, Caitlin marched forward with her plans to have a preventative double mastectomy, and significantly lower her breast cancer risk.

She shared the process with the world in the critically acclaimed documentary Screw You Cancer with Glamour Magazine. This went on to win a National Magazine Award for Best Video awarded a prestigious Television Academy Honor (Emmy) in 2013 for using the power of television and video media to bring awareness to important social issues.

Since then, Caitlin has gone around the country and around the world sharing her story, helping others with their decisions, and empowering women to be proactive about their health. But she is no ordinary speaker. Caitlin earned her BFA in drama from Syracuse University before studying at New York City's renowned Upright Citizens Brigade Theatre where she is now a regular sketch and improv performer. She has done standup and storytelling in some of New York City's top clubs and theaters, using those platforms to make women's health approachable and - gasp - even funny.

She has written for Huffington Post, Glamour.com, WomenYouShouldKnow.com, and everygirl.com. She is a MOTH StorySlam winner and was featured on their podcast (which was later quoted on the Onion's AV Club).

Caitlin is also a sober living advocate and volunteers with various organizations around the city to help support others working through their addictions. Caitlin lives in New York City with her husband and bossy dog.

Laughs, inspiration, and love are mixed into Caitlin's first book Dangerous Boobies, due out October 2017 from Seal Press.