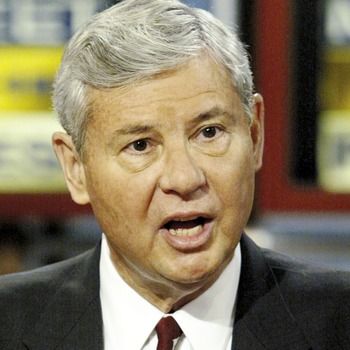 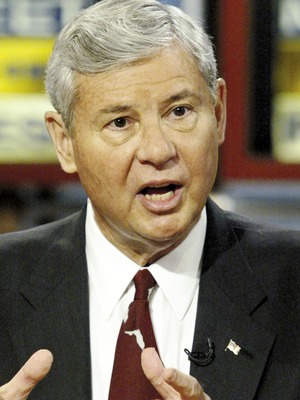 Senator Bob Graham is the former two-term governor of Florida and served for 18 years in the United States Senate. This combined with 12 years in the Florida legislature for a total of 38 years of public service. As Governor and Senator, Bob Graham was a centrist, committed to bringing his colleagues together behind programs that served the broadest public interest. He was recognized by the people of Florida when he received an 83% approval ranking as he concluded eight years as Governor. Bob Graham retired from public service in January 2005, following his Presidential campaign in 2004.

Bob Graham is recognized for his leadership on issues ranging from healthcare and environmental preservation to his ten years of service on the Senate Select Committee on Intelligence - including eighteen months as chairman in 2001-2002. Following the release of the Joint Inquiry's final report in July 2003, Senator Graham steadfastly advocated reform of the intelligence community and sponsored legislation to bring about needed changes. In the fall of 2004, Senator Graham authored Intelligence Matters based upon his experiences gleaned during the joint inquiry and his analysis of the run up to the Iraq war.

Senator Graham has been in demand as a lecturer by civic groups and educational institutions. He has also been a regular contributor to National Public Radio's Morning Edition, a frequent commentator on Fox and PBS, and has written opinion editorials for newspapers. Since retirement, Bob Graham's articles have appeared in the Washington Post, Boston Globe, Chicago Tribune, The Financial Times, St. Petersburg Times, South Florida Sun Sentinel, Miami Herald, Sarasota Herald Tribune, the Palm Beach Post and the Tampa Tribune.

Senator Graham completed a year as a senior fellow at the Harvard Kennedy School of Government where he lectured extensively to undergraduate, graduate and executive management students. At Harvard, Senator Bob Graham led a class of undergraduates on the topic of civic education reform. He also finalized two intelligence projects and began researching and writing his third book, tentatively entitled "What Citizens Need to Know to Make Democracy Respond," scheduled for publication in 2009.

Senator Bob Graham currently serves Chairman of the Commission on the Prevention of Weapons of Mass Destruction Proliferation and Terrorism, a congressionally mandated bipartisan commission tasked with following up on recommendations from the 9/11 Commission relating to WMD terrorism. In addition, he is the chair of the Board of Overseers of the Graham Center for Public Policy. This Center, with a home at the University of Florida and the University of Miami, commenced programs in the fall of 2006 in the areas of Public Leadership, Homeland Security, and The Americas, subjects in which he has been deeply involved during his public career. Graham is also a director of the American Institute of Certified Public Accountants.

Since his retirement, Senator Graham has been recognized by national and Florida organizations for his public service. These include:


An honorary doctorate of public service from his alma mater, the University of Florida.

Bob and Adele have returned to their home in Miami Lakes, Florida, and enjoying more time with their four daughters and eleven grandchildren.