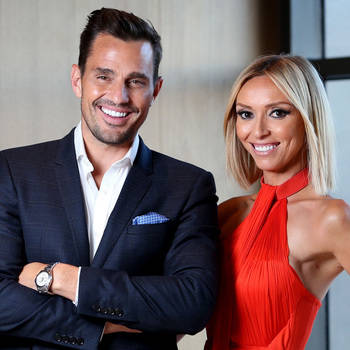 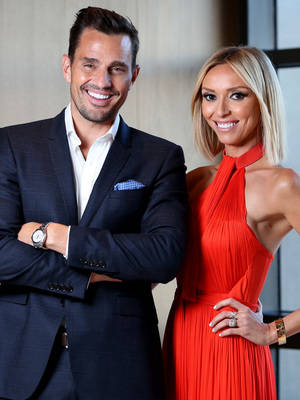 Giuliana Rancic is an entertainment journalist, fashion and beauty expert and television personality with 2.5 million followers on Twitter.

She is the co-anchor of E! News alongside Ryan Seacrest and is the co-star of E!'s hugely popular Fashion Police team alongside Joan Rivers.

She's been on the red carpet for every mega-event in the entertainment industry (Oscars, Grammy Awards, Golden Globes) interviewing the stars and getting breaking Hollywood scoop as well as fashion tips, diet and fitness advice, travel tips and all things pop culture.

Giuliana recently announced she has early stages of breast cancer in the hopes of encouraging all women to be proactive with their breast health.

This past June, Giuliana co-hosted the Miss USA pageant alongside Bravo's Andy Cohen in Las Vegas.

In 2011, Giuliana launched FabFitFun, a daily newsletter focused on beauty, health and wellness that reaches tens of thousands of readers.

She is watched by millions each week on the Style Network on her hit reality show, Giuliana & Bill, which recently concluded its fourth season- the highest rated, record breaking season to date!

Giuliana is currently a weekly fashion contributor for OK! Magazine where she offers commentary on some of the best looks of the week. She is also on the board of directors for NIAF (National Italian American Foundation), as well as a member of AWRT (American Women in Radio and Television).

Her new book, I Do, Now What?, was recently released by Random House Publishing Group. Giuliana co-authored the book with her husband, Bill Rancic.

Giuliana is the executive producer of her hit reality show, Giuliana & Bill on the Style Network. The show is also co-produced under You & I Productions, the production company she shares with her husband, Bill. She created and executive produced MTV's Celebrity Rap Superstar in 2007. Her E! News Special "Nicole Richie: Her Simple Life" won a Prism Commendation Award. Giuliana was the Executive Producer, Writer & Host of this special.

In 2002, she joined E! News as a correspondent and in 2005 became solo anchor and managing editor for the show, taking it from the lowest rated show on the network to number one...incredibly within one year. In 2006, she was joined by co-anchor Ryan Seacrest and currently E! News is the most popular entertainment news program among young adults.

In 2006, Giuliana released her highly-praised debut book, Think Like A Guy: How to Get a Guy By Thinking Like One. It is a practical and funny handbook of rules created by Giuliana on landing the man of your dreams. She knows what it's like "out there" and has done extensive fieldwork on what turns guys off and on. Giuliana also adapted the book to both film and television and has sold the book rights to Touchstone Television.

Giuliana Rancic is a force both on-camera and off but her remarkable success didn't come easily. She is a true result of "The American Dream" and an inspiration to people, both young and old. Giuliana was born in Naples, Italy, in an impoverished neighborhood, and moved to the United States when she was a little girl. Her love affair with television journalism began before she could even speak English - her parents couldn't afford a tutor, so she learned the language by watching TV. After high school, Giuliana attended the University of Maryland, where she received a B.A. in Journalism. She earned her Master's degree in Journalism from the American University in D.C. While in attendance, Giuliana worked for a capital hill news bureau covering a number of stories related to the Pentagon, Supreme Court, White House and State Department.

Some of Giuliana's charity work includes Operation Smile, Dress For Success, Mercy Home for Boys and Girls in Chicago and the Children's Miracle Networks.

Giuliana splits her time between Los Angeles and Chicago. She resides in both cities with her husband, entrepreneur and talk show host, Bill Rancic.