Author and Subject of the movie Antwone Fisher 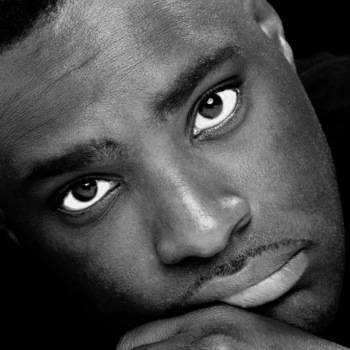 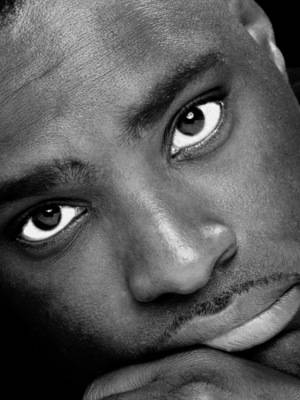 In his lecture, Antwone Fisher recounts the gripping story of his tumultuous childhood, his stormy years of self-discovery, and his astonishing path to extraordinary success. With his early years so challenged they could be mistaken for fiction, Antwone captivates his audience and imparts thought-provoking lessons that are poignant and inspiring.

Antwone Quenton Fisher was born in prison to his teenage mother. He became a ward of the state of Ohio and was placed in a loving home, but it was apparent that the foster mother had become too attached to Antwone, deeming a reunion with his birth mother too difficult for the child. He was then placed in another foster home where he would suffer twelve years of abuse. Fisher survived the cruelties of foster care and the brutalities of homelessness and set on a course of healing after joining the United State Navy where he served his country for eleven years.

Antwone is now an award-winning screenwriter, author, producer and director. The New York Times Best Seller Finding Fish: A Memoir is the inspiring story of his incredible life's journey. The film "Antwone Fisher", written by Fisher himself, reflects on his life as a sailor and as a child growing up in Cleveland. His collection of poetry, Who Will Cry for the Little Boy?, reveals the inner truths that took Fisher from a turbulent childhood to the man he is today. His most recent book, A Boy Should Know How to Tie a Tie and Other Lessons for Succeeding in Life, won the 2011 NAACP Image Award for Outstanding Literary Work. It is an inspiring, practical guide to the basic skills that every boy needs to become a successful man and every man needs to become a respected citizen. Fisher imparts the importance of developing one's identity and spirituality, and giving back to one's community.

In Antwone's moving yet humorous lecture, he shares his conviction of the importance of facing the challenges of life head on. He explains the significance of self-reliance, literacy, and building a life of consequence that improved oneself, the community and society at large. He tells of the necessity, no matter what age, of making good personal choices, no matter how inconvenient the choices may be, and of the importance of reinventing oneself and preparing for every chapter in life. He also expounds on why it is essential to do these things in order to attain a successful and happy life. Antwone details the philosophy he developed over his lifetime and explains how it brought him to the extraordinary success he enjoys today.