Spent over four years cycling round the world. 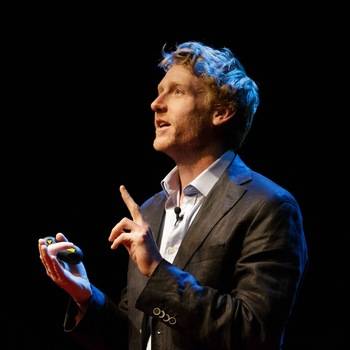 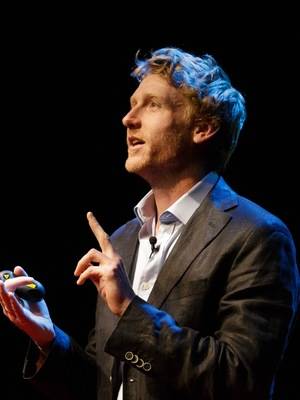 Alastair Humphreys spent over four years cycling round the world, a journey of 46,000 miles through 60 countries and 5 continents - an epic journey described by explorer Sir Ranulph Fiennes as the first great adventure of the new millennium.

Alastair has walked across southern India, rowed across the Atlantic Ocean, run the Marathon des Sables, completed a crossing of Iceland by foot and pack raft, trekked in the Arctic, and walked across the Empty Quarter retracing the route of one of his heroes, Wilfred Thesiger, 1000 miles in 45 days through the desert in Oman. During the summer of 2016, Alastair walked through Spain following the footsteps of Laurie Lee, who wrote 'As I stepped out one Midsummer Morning', Alastair's favourite travel book. Lee played his violin in bars to pay for food: Alastair wanted to do the same but had no musical skill at all. Alastair bought a violin at Christmas and set out to learn
how to play. Admitting he was "appalling", Alastair faced his fears, played his violin in Spanish streets and squares and, although often hungry, didn't starve. A very popular speaker, audiences appreciate that Alastair's messages are authentic and hard-won by trying new challenges in different environments. Alastair consciously steers himself away from becoming an expert in any one niche of adventure. His books, blogs, videos, short films and photographs demonstrate his creativity and are enjoyed by an international community through social media. As well as the major expeditions, Alastair's award-winning concept of microadventures - short, adventurous journeys close to home - encourage people to take practical steps to challenge themselves by undertaking adventures of their own and improve their physical health, mental well-being, and all-important work/life balance. In every situation you can focus on the constraints and obstacles or you can look for the opportunities. As Alastair puts it, microadventures encourage 5 to 9 thinking - an approach that applies to so much more than adventure. The concept of microadventures led to Alastair being named as one of National Geographics Adventurers of the Year.

Feedback consistently emphasizes that Alastair's talks entertain audiences and deliver powerful messages around self-belief, creative thinking, innovation, change, finding opportunities within constraints, personal and team development, as well as facing challenge, staying motivated and setting small targets to achieve outrageous goals. Corporate clients across all sectors appreciate Alastair's ability to tailor his talk creatively drawing on his many adventures to deliver on their brief and his engaging, humorous style. Client briefs are often varied: Alastair has delivered keynotes on leadership, challenge and motivation but also on the importance of communicating new ideas such as #microadventures through social media internationally, for example, or on health and well-being. All of his talks demonstrate the power of positive thinking and deliver the motivation and practical steps required to get started, make a change and focus on important goals no matter what they may be.
Alastair Humphreys is passionate about encouraging others. Drawing on his many adventures, Alastair tailors each talk and has superb photographs and film footage to illustrate talks. Alastair's inspiring and humorous talks challenge the audience to set more challenging goals - to do more. He reminds everyone that nothing is achieved without being bold enough to begin it. The lessons from the road. Alastair has published nine books (including three for children) and he is a keen photographer, award-winning short filmmaker, popular blogger and motivational speaker.

'Alastair was absolutely amazing! I heard people say that hands down he was the best speaker they have ever heard - and our group attends a LOT of conferences. His experiences and the stories he told were so inspirational and they tied in so well with our event theme and overall content. We sent out a survey to our attendees and asked them what their favourite part of the event was. Alastair was brought up time and time again.'

'I wanted to thank you for attending our summit! I can honestly say that I've never had feedback about a keynote speaker like I did after your session. To say it was positive was a massive understatement - extraordinary was more like it!'